In this lesson, you can learn about English vowel sounds, and how to pronounce them.

This lesson will give you an overview of the pronunciation of English vowel sounds. You’ll see what vowel sounds exist in English, how to pronounce them, and common spelling patterns for each one.

You may need to do more work after the lesson on vowel sounds which are more difficult for you, but we’ll give you some tips to help you practice.


QUIZ: How to Pronounce Vowel Sounds

Test your understanding of the lesson with this quiz.

You will see your score and all correct answers at the end.

First question: how many vowel sounds are there in English? There are many answers to this question! It depends how you define a single vowel sound, and whether you consider sounds which are very close to each other to be one sound or two sounds. It also depends if you’re talking about British or American English, because there are some vowel sounds which exist in one but not in the other. For this lesson, there are 21 vowel sounds: eight short vowel sounds, five long vowel sounds, and eight diphthongs. Diphthongs are double vowel sounds.

Spelling is easy for the /æ/ sound: it’s always produced by the letter ‘a’, although be careful, because the letter ‘a’ can also produce other sounds. The /æ/ sound is different in British and American English. In British English, it’s a true short vowel, so your mouth stays in one position to produce the sound. In American English, it’s more like a diphthong. The sound is slightly longer, and your mouth moves to produce the sound. /e/

The /e/ sound is normally produced by the letter ‘e’ by itself, although some other spellings are possible, like ‘ea’ or the ‘ay’ in ‘says’. /ə/

The /ə/ sound is very common and can be produced by many, many different spellings. It’s easier to think about stress when you’re trying to find /ə/ sounds; the /ə/ sound is never stressed, and it often appears before or after the stressed syllable in a word. /ɪ/

The /ɪ/ sound is also very common, and like the schwa sound, which we just talked about, it often appears before or after a stressed syllable, so it can have many different spellings. However, it’s often produced by a letter ‘i’ by itself. /i/ /i/ is slightly different, because it’s an intermediate sound which only appears in very specific places. It’s between /ɪ/ and /iː/, and it’s produced when a word ends in a consonant plus the letter ‘y’.

The /ʌ/ sound can be produced by a letter ‘u’ by itself. However, there are also many words where a letter ‘o’ produces the /ʌ/ sound in a stressed syllable. Other possible spellings are ‘ou’ and ‘oo’. /ʊ/

The /ʊ/ sound can be produced by a letter ‘u’ by itself, but also by ‘oo’. Sometimes, the letters ‘ou’ together can make an /ʊ/ sound, though this is less common. Next, let’s look at the five long vowel sounds.

The /ɔː/ sound can be produced by the letters ‘or’, ‘our’, or ‘oar’. This sound is much more common in British English, and there are many more possible spellings. For example, the words ‘already’, ‘law’, ‘daughter’, and ‘thought’ all have the /ɔː/ sound in British English. In American English, these words would generally be pronounced with a shorter /a/ sound: ‘already’, ‘law’, ‘daughter’, ‘thought’. Also, like the other long vowel sounds you’ve seen, the ‘r’ after a vowel is pronounced in American English, but not in British English. /ʊː/

The /əʊ/ sound is most often produced by the letter ‘o’, although there are also many words with ‘oa’ and ‘ow’. Less common spellings include ‘ou’, like ‘soul’, or ‘ough’, like ‘although’. /aʊ/

Compared to the other sounds in this section, this one is simpler! It generally has two possible spellings: ‘ow’ and ‘ou’. There are a few words with ‘ough’ which have the /aʊ/ sound, like ‘drought’, but these are rare. /ɔɪ/

The /eə/ sound also has many possible spellings; it can be written with ‘ai’, ‘ere’, ‘are’ or ‘ear’. Be careful, because some of these spellings can also produce an /ɪə/ sound, like ’ere’ or ‘ear’. Less commonly, the /eə/ sound is spelled ‘ar’. Although there aren’t many words like this, it includes some very common words and names, like ‘parents’, ‘Sarah’ or ‘Mary’. /ʊə/

The /ʊə/ sound is rare, and is disappearing in many parts of the world, which is why we’ve put it last. Often, words which could be pronounced with an /ʊə/ sound now have an /ɔː/ or /ʊː/ sound instead. For example, the word ‘sure’ is commonly pronounced two ways: /ʃʊə/ and /ʃɔː/. In terms of spelling, the /ʊə/ sound can be produced by the spellings ‘u’, ‘ure’ or ‘eu’. The letters ‘our’ can make an /ʊə/ sound, as in ‘tourist’, but this spelling more often makes an /ɔː/ sound.

Now, you’ve seen pronunciation and spelling for all 21 vowel sounds in English! Finally, let’s look at some tips to help you pronounce vowel sounds more accurately.

4. How to Improve Your Pronunciation 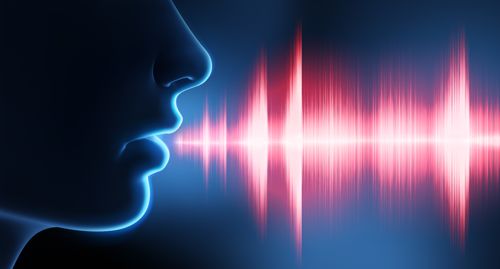 Tip one: learn to ignore spelling. If you’ve learned one thing from this lesson, it should be that you can’t easily know the pronunciation of a vowel sound from the spelling. When you learn a new word, or you want to check the pronunciation of a word, look for the phonetic script. Phonetic script is clear and consistent, whereas written English is not. In our experience, many students have difficulties with pronunciation not because they can’t pronounce the sounds correctly, but because they get confused by the spelling of the word. Ignore the spelling; learn to focus on the phonetics instead!

Tip three: pay attention to mouth shape. Every one of these vowel sounds is produced in a specific way. You need to use your throat, tongue, teeth, lips and cheeks in different ways to make different sounds. For example, the long /iː/ sound needs you to use your cheeks. You need to have some tension here, in your cheek muscles. On the other hand, the short /ɪ/ sound can’t be pronounced if your cheeks are tense. Your cheeks and lips need to be relaxed to make this sound: /ɪ/. The point is that this isn’t magic. There’s a specific set of things you need to do to pronounce a particular sound. You can learn and practice those things if you want to.

Tip four: keep diphthongs fast and minimal. Many English learners find diphthongs difficult, especially /əʊ/, and sometimes others like /aɪ/ or /eɪ/, depending on their native language. Often, they learn to pronounce the diphthong in a slow, exaggerated way which sounds quite unnatural. It can be useful to exaggerate a sound when you’re learning to produce it correctly, but you also need to learn to make the sound naturally, without needing a lot of time or effort.

When you’re practising the pronunciation of diphthongs, try to move through the sound quickly, and move your mouth as little as you need to. For example, imagine that you’re practising the /əʊ/ sound in a word like ‘coat’. You can pronounce the sound in an exaggerated way, like this: co-o-o-a-at. But, this doesn’t sound natural, and it’s a lot of effort! You don’t need to move a lot or spend a lot of energy to make these sounds. You can move through the sound quickly, without moving your mouth very much: ‘coat’.