In this English pronunciation lesson, you can see everything you need to think about in order to pronounce one English sentence correctly.

You’ll see that there’s a lot to think about, even in just one sentence! You’ll learn English pronunciation secrets and the tricks and techniques you need to speak clear, fluent English.

Test how well you understand the ideas mentioned in this lesson.

This quiz is in five parts, following the order of the lesson. In each part, there’s a starting question about the terminology of pronunciation, followed by three questions where you need to listen to someone speaking and concentrate on that aspect of pronunciation.

It’s a good idea to take the time to copy and repeat the speaker before moving on to the next question. If you need to, click ‘Hint’ for a transcript of the recording.

When you have finished, click ‘Finish Quiz’ to get your score and ‘View Questions’ to see the correct answers. You will have another opportunity to listen to all the audio and try to copy it.

Let’s look at our example:

Try reading the sentence. Is it difficult? Easy?

Let’s see what you need to think about to pronounce this sentence naturally and clearly.

The most basic thing to get right is the sounds.

Depending on what language you speak, you might find some English sounds more difficult to pronounce than others.

In this sentence, which sounds do you find most difficult to pronounce?

‘Th’ sounds are difficult for many English learners. So, you might need to pay extra attention to the /ð/ sounds in although and smoothly, and the /θ/ sound in everything.

What else? Some vowel sounds can be challenging, like the /əʊ/ sound in although, or the /ɛː/ sound in perfectly.

Finally, pronouncing sounds right isn’t just about pronouncing single sounds. Sometimes, sounds which are easy to pronounce by themselves can become a problem when you have to combine them with other sounds.

Again, which combinations are easy or difficult for you will depend on your native language.

For many English learners, the combination of /ð/ and /əʊ/ in although is difficult.

Consonant combinations, like the ‘pl’ in planned or the ‘xp’ in expect, are also challenging for some English learners.

Now, you have a job to do. Read the sentence aloud two or three times. Find the sounds or sound combinations which are most difficult for you. You can pause the video and do this now.

Then, take a short word with the sound, like the, or this. Say the words several times to practice. Focus on getting the sound right. Start slowly until you’re sure you can pronounce it correctly.

Finally, practice with longer words, like smoothly, although or brother. Again, say the words several times, and start slowly to make sure you get the sounds right.

In this way, you can improve your pronunciation of English sounds which are difficult for you.

Next, let’s talk about stress and prominence.

I’m guessing that most of you know what stress is, but some of you might be thinking: what’s prominence?

Prominence is similar to stress, but I’m going to use a different name because it’s not exactly the same, and I think it’s useful for you to remember that these are two different things.

Stress is found in words which have more than one syllable. For example, in the word everything, the stress is on the first ‘e’.

In the word expect, the stress is on the second ‘e’.

Now, you can see the stress in the other words of the sentence:

Stress is fixed; it doesn’t change. The stress in expect is always on the second ‘e’. Every time you say expect, you need to put stress in the same place.

So, what about prominence?

Prominence means that the key words and ideas in a sentence are emphasised. It’s similar to stress, because you’re pronouncing some words and syllables more strongly than others.

However, it’s different to stress, because it’s not fixed. Prominence depends on the sentence and the situation. The same sentence can have different prominent words depending on the speaker, or on the situation.

Also, words which have one syllable don’t have stress, but they can have prominence. For example, all could be prominent in our example sentence.

So, look at our sentence again. Which words do you think will be prominent? Think about it, and even if you’re not sure, take a guess! It doesn’t matter if you get it wrong. Pause the video if you want more thinking time.

Because prominence is flexible, this is only a suggestion.

If you want to emphasise different points, you might make some words more prominent. For example:

Which is right? They all are! It depends on what you want to say.

Stress and prominence are both essential for your English pronunciation. When I meet English learners, I generally have no problems understanding people if they make mistakes with sounds. But, if someone makes mistakes with stress, it can be really hard to understand them.

Think of stress and prominence as two layers over the sentence.

The first layer is the stress, which is fixed.

The second layer is the prominence, which is flexible.

You need to pronounce both together:

The prominence might change, but the stress stays the same:

Try reading the sentence in different ways. Change the prominent words. Also, think about a question: how does changing the prominence change the meaning? Why would you make some words prominent and not others?

That’s a question to think about: there are many possible answers. It’s enough for now just to think about these ideas. This will already help your English pronunciation!

Next, you’re going to think about weak forms.

Weak forms are words which have a different pronunciation when they aren’t prominent.

For example, look at the word as. There are two.

These words aren’t prominent, and the pronunciation in this sentence will change. It’s not /æz/; it’s /əz/.

Which other words in our sentence have weak forms? Do you know?

Could is definitely weak. Its pronunciation changes from /kʊd/ to /kəd/.

There are other words which might be weak forms. There’s a grey area where it’s hard to say if a word is definitely a weak form or not.

However, these changes don’t always happen. You’ll only use these weak forms if you’re speaking really fast. For now, focus on the words which are definitely weak forms: as, as, and could.

Let’s read the sentence with the weak forms:

Here’s a tip: make the contrast as clear as possible. To do this, pronounce the stressed and prominent syllables more strongly and clearly. Pronounce the weak and unstressed syllables as fast as you can:

You can hear that this contrast between stressed and unstressed gives the sentence a rhythm. This rhythm is very important if you want to sound natural in English.

There’s another point which is important for the rhythm of the sentence: intonation.

Intonation is how your voice moves up and down as you talk: whether your voice goes higher or lower.

The easiest way to get the intonation right is simply to listen and try to copy it.

For some of you, that might be enough. However, in case you need more help, let’s look at the intonation of this sentence in more detail.

Each of these can be used in different ways. For example, rising-falling intonation can be used to show excitement, surprise, or anger.

Also, like prominence, intonation isn’t fixed. Remember this point, because what I’ll show you is not the only possibility.

First: you generally need a rising tone to show that your sentence is not finished. That means perfectly gets a rising intonation.

To get this right, you need to start moving gradually upwards from the beginning of the sentence. Start with a falling-rising tone on although, then move upwards in small steps. Then, make a bigger move upwards on perfectly.

In the second half of the sentence, you need to do the opposite. You use a falling tone to show that your sentence is finished. So, expect needs a falling tone. Again, start moving down in small steps from the start of the clause. Then, make a bigger move downwards on expect.

You need to think about two things here.

Firstly, your intonation should move on every prominent word, but not on words which are not prominent.

That means you need to move from low to high on everything—not much, but a little bit.

You need to move from high to low on smoothly—again, not a big movement.

The same is true in the second clause. You need a much bigger intonation change on expect.

Remember that intonation is flexible. If you change the prominent words, or emphasise different points, then the intonation will also change. This is the basic, ‘neutral’ intonation.

Wow! So much to think about for just one sentence. Let’s look at one final point. 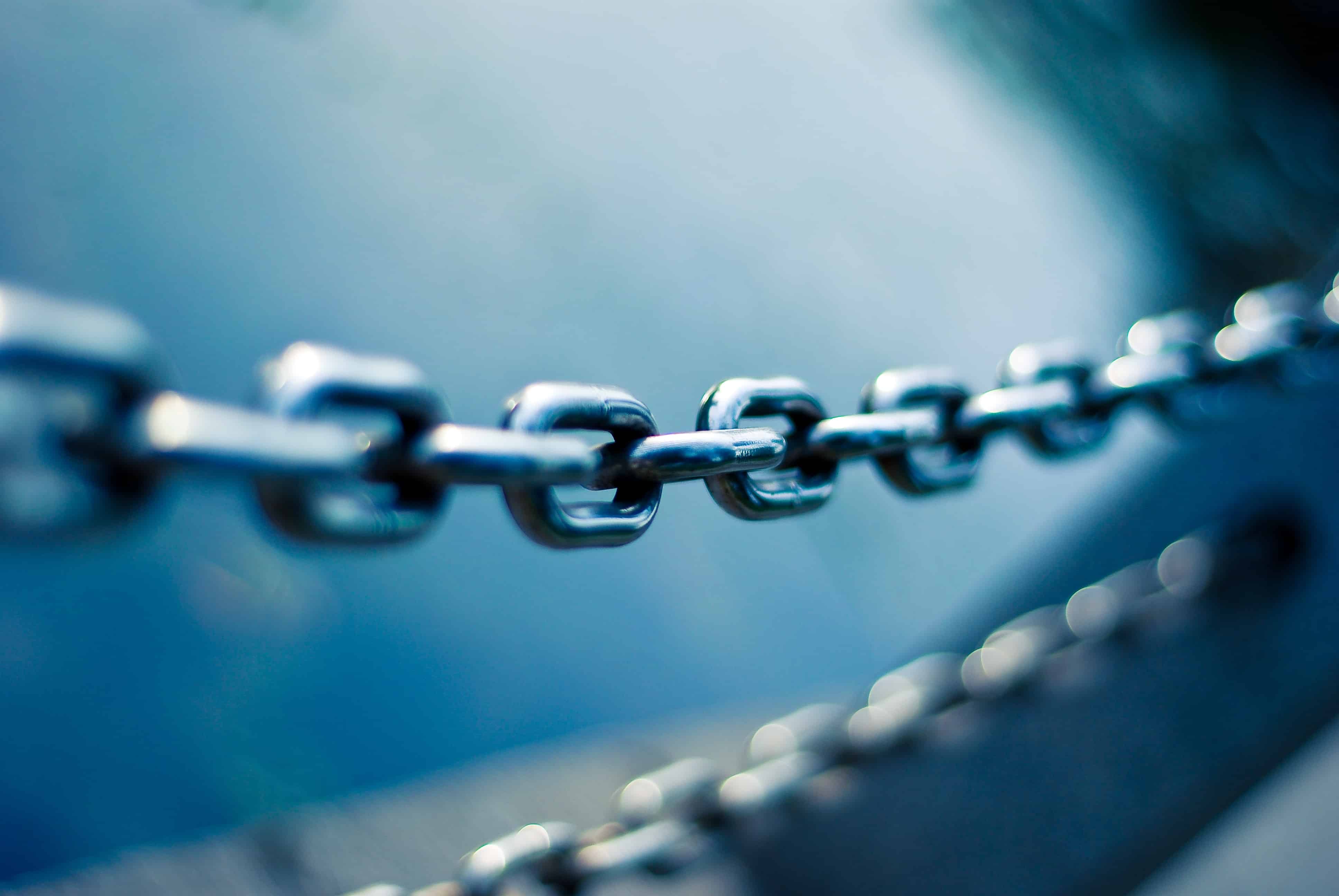 Linking means how you pronounce two words together as one continuous sound.

For example, if one word ends with a consonant sound, and the next word begins with the same or a similar sound, you can link the sounds together, like this: as_smoothly.

If one word ends with a consonant sound, and the next word starts with a vowel sound, you can link the sounds together, like this: planned_everything.

Can you find any other places in our sentence where you could link words? Pause the video and think about it.

You could also link:

Generally, when you speak English, you should connect words as much as possible. Connecting words together will make your speaking more fluent and natural-sounding. Thinking about linking will help you to do this.

Let’s practice reading the sentence again, focusing on the links:

You can see that there’s a lot to think about when you pronounce even one sentence in English!

Actually, there are even more points, but the things you’ve seen in this lesson are the most important. If you can master these, your English will sound clear, natural and fluent!

Thanks for watching, and see you next time!