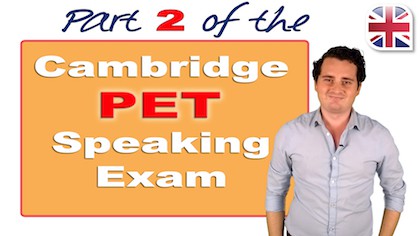 In this lesson, you’ll learn about the Cambridge PET speaking exam part two. You’ll see what to expect in part two of the PET speaking test and how to improve your score.

Note: The information in this lesson still pertains to the old PET exam, but the new exam information still remains the same.

Part two of the PET speaking exam lasts approximately 2-3 minutes. You do not speak to your partner; you’ll speak for one minute by yourself.

The examiner will show you a large, colour photo, and you’ll have one minute to describe it.

2. How to Begin Your Answer

So the examiner shows you your photo. What do you do? How do you start?

To begin you should give a general description of what you see in the photo and what is happening.

If you see a group of people in a café say:

This is a good way to start, with a simple description to describe the situation.

If you can see a bedroom, say:

It is better to begin with a simple, general introduction. Don’t start describing all the details at the beginning.

Let’s do an example together. 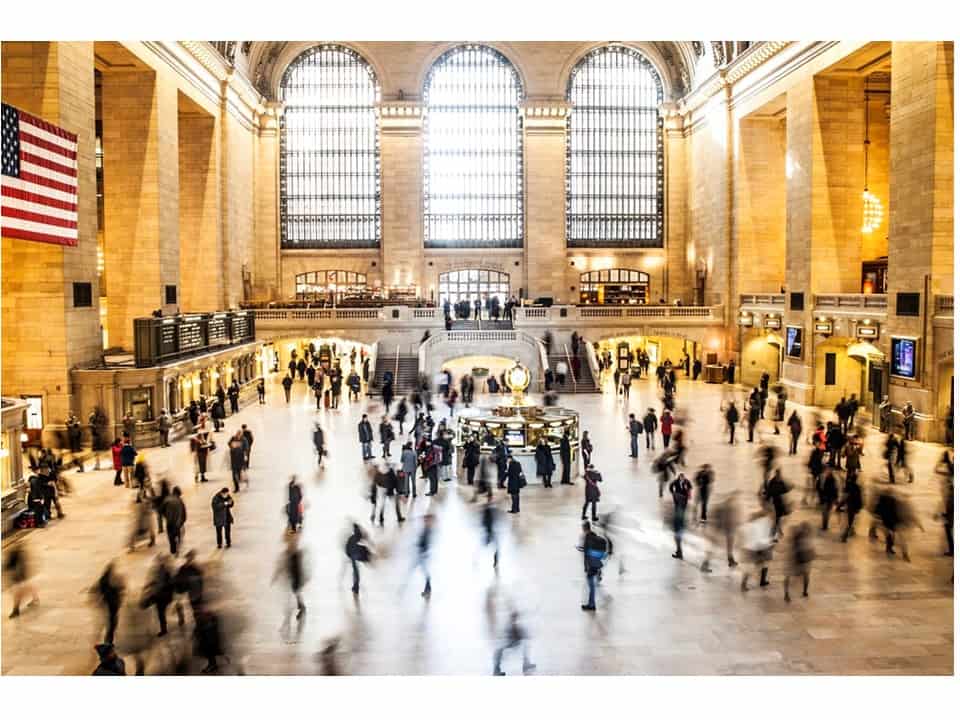 Here’s one way to start your answer:

What do you think? Is this a good way to start?

This answer is OK, but it’s focusing too much on details. Remember: it’s better to give a general description of the picture.

Now have a look at this example:

This is a much better answer because it gives a general description of the photo. From this general introduction, you can now choose which details you want to talk about.

3. Using Prepositions of Place to Describe the Picture

After your general introduction, you need to describe the photo in more detail.

When you describe the photo in detail, you should imagine the examiner cannot see the photo. Don’t use your finger and point to things in the photo; use your words to describe what you see.

How can you do this?

You need to use prepositions of place to say what things are in the photo, and where they are. 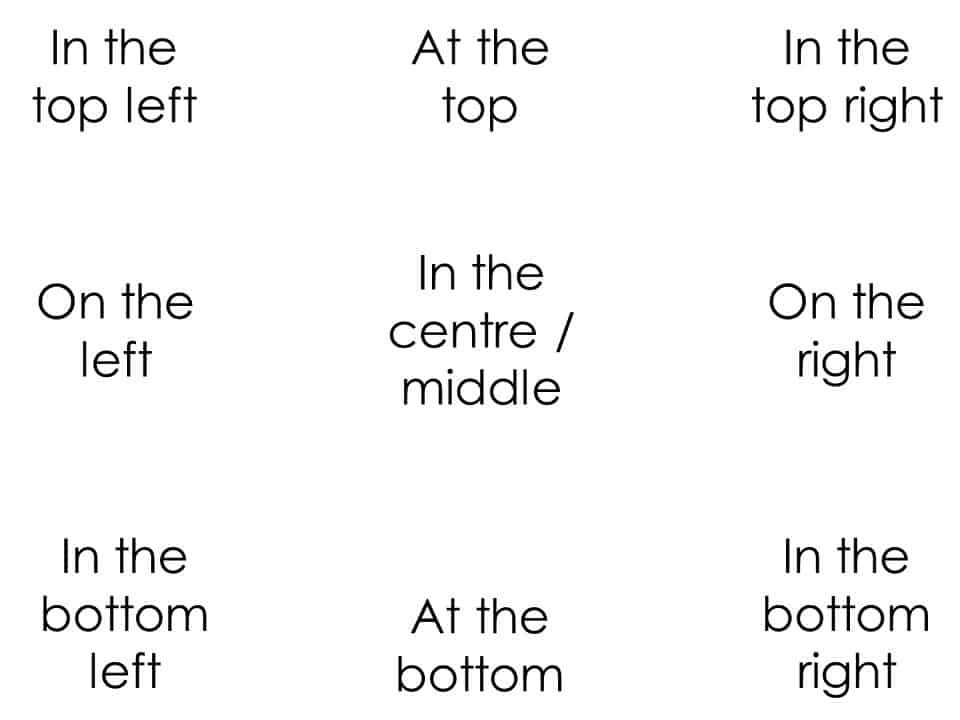 If there is a bike on the left side of the photo, say:

Do not point and just say there is a bike.

If there is a cat in the bottom right of the photo say:

Remember to study the prepositions of place for describing a picture.

Let’s see how you can use some of these prepositions to describe a picture in your PET speaking exam. 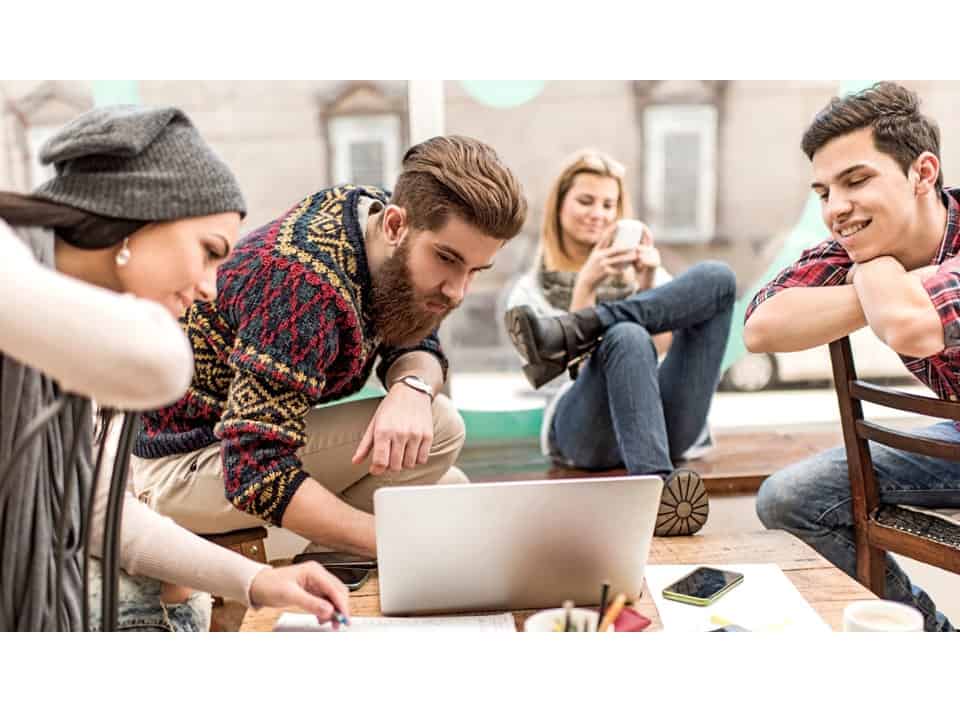 What can you say about this picture?

This answer needs more information. Can you think of a way to make it better?

This sounds much better, because you’re using prepositions to say where things are. This makes your description clearer.

As you can see, in this photo there are a few objects on the table. 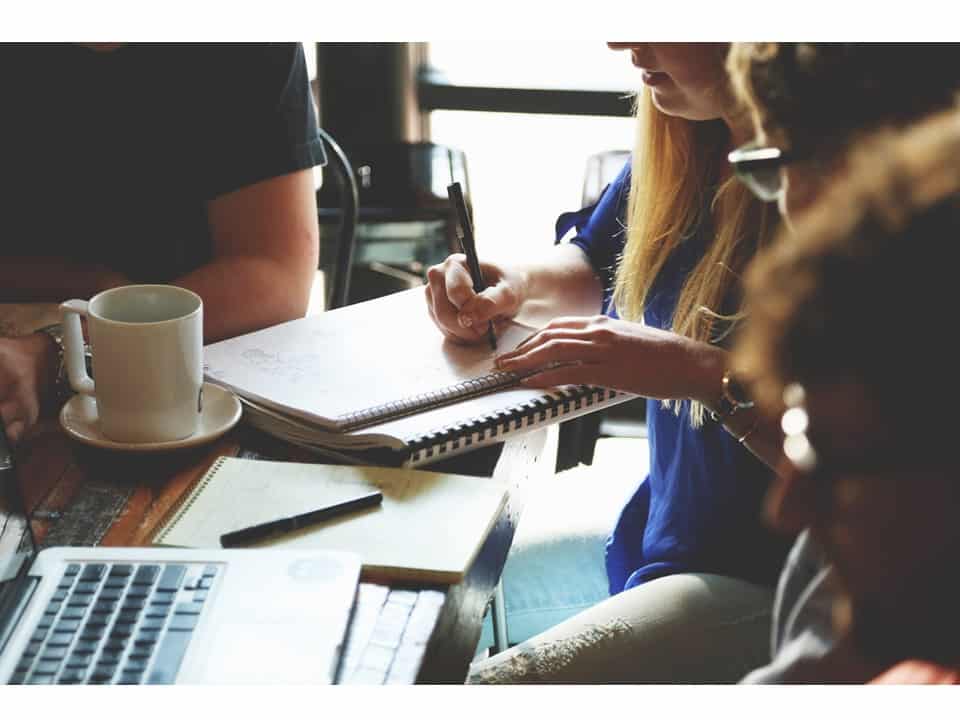 You can use prepositions of place like next to, beside or around to describe where things are in relation to each other. For example,

To review, you should imagine that the examiner cannot see the photo. You have to say what you see and where the people and objects are.

4. Using Adjectives in Your Answer

After you describe where things are in the photo, what next?

You should describe the people and things in the photo using adjectives and descriptive language. Using adjectives will make your speaking more interesting and give you a chance to use the English you know.

You have one minute to speak and you need to talk about the people and objects in detail.

Let’s look at an example. 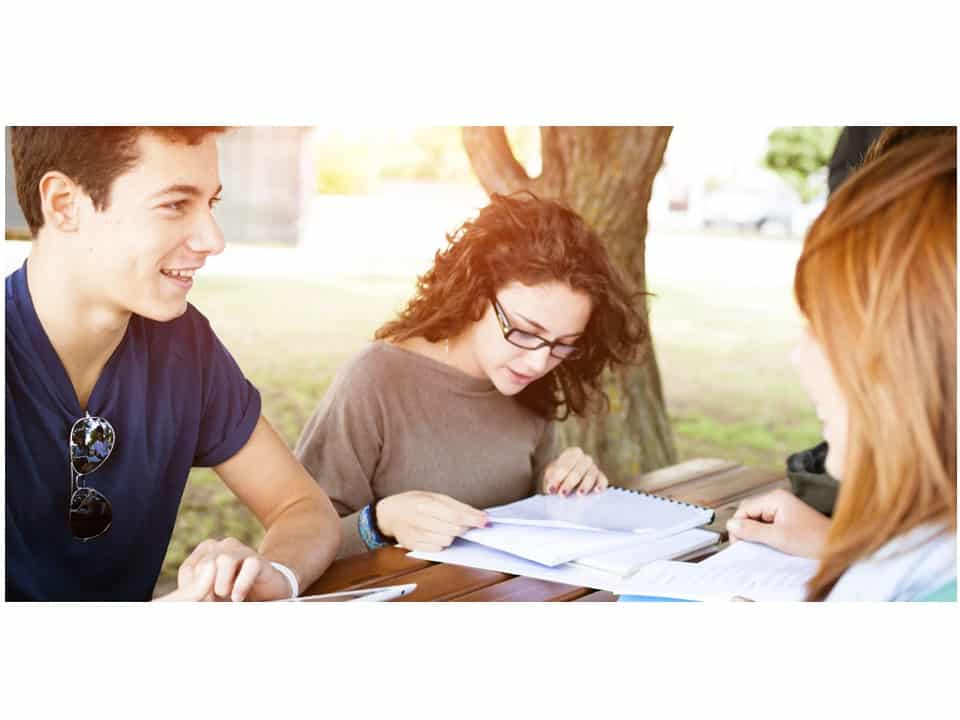 What could you say about this photo?

But this isn’t a great answer because there are no adjectives, except the word nice which doesn’t give us much information. To get a higher score, you need to describe what you see in more detail.

Doesn’t this sound better? Using more adjectives and giving more details in your description will make your answer stronger and more interesting.

Let’s look at another example. 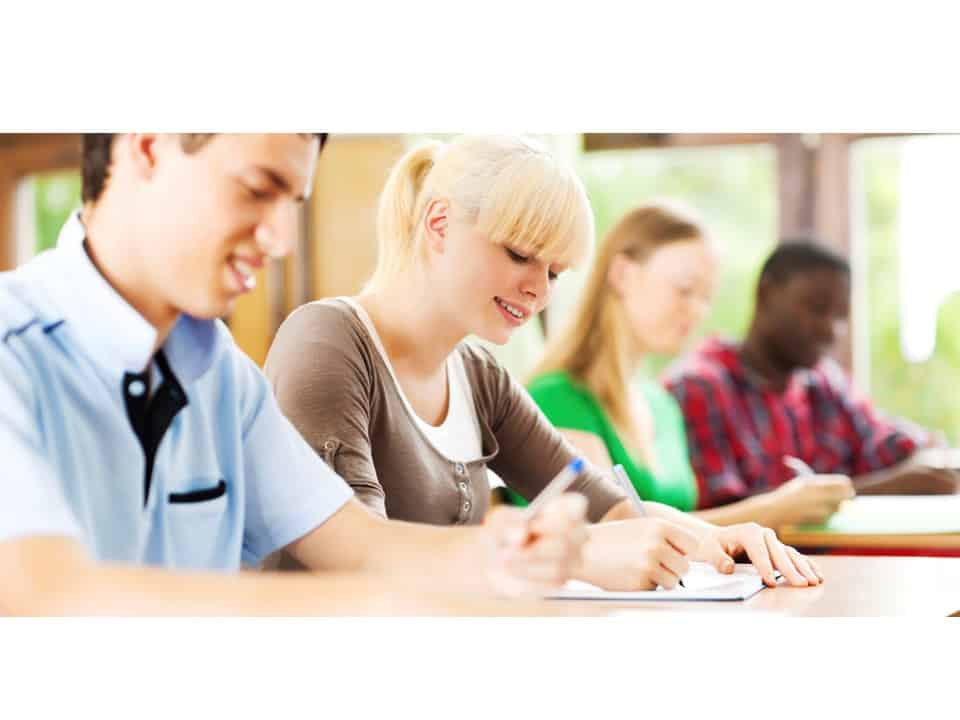 So what can we see in this picture?

This answer is OK but it doesn’t give much information about the woman and what she looks like.

A better answer would be to say:

Again, this answer is much better, right?

Why? Because it uses more adjectives to describe the woman. You are showing the examiners what you can do with your English.

In part three of the PET speaking test you should also give your opinions about the photo.

It’s also important to explain your opinions with reasons. Don’t just say what you think; say why you think so.

You can use these phrases to introduce your opinions:

Let’s look at an example. 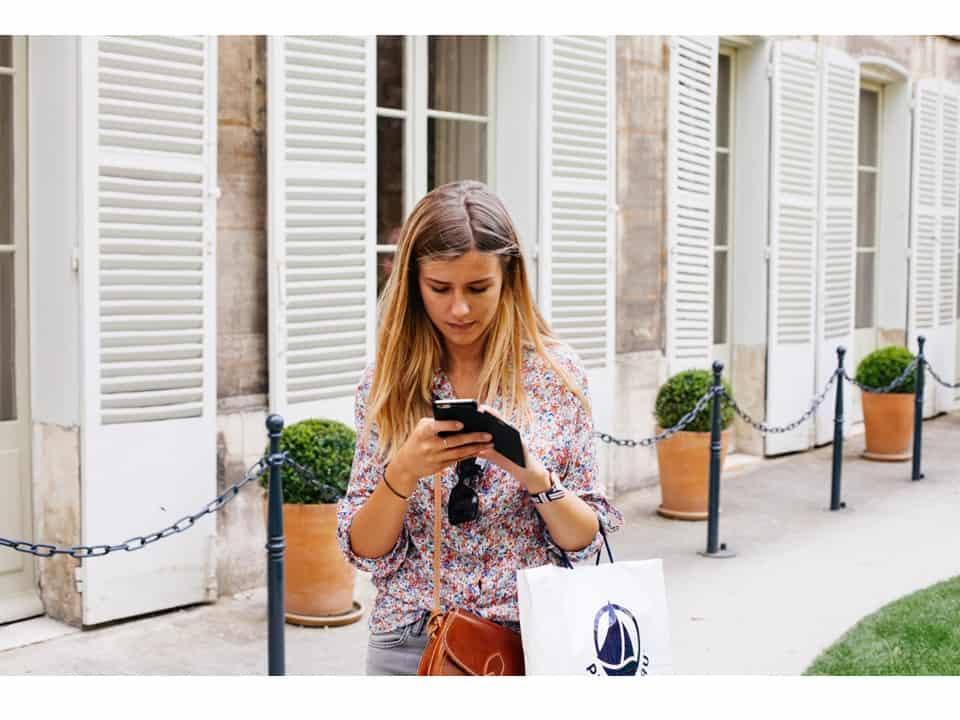 What could you say about this picture?

You could say something about her clothes, such as:

You could also say something about what she’s doing or how she’s feeling. For example:

Giving your opinions is a great way to use your language and find interesting things to say about the picture. This will also help you to get a higher score in your PET speaking test.

6. How to Finish Your Answer

Finally, remember to try to keep talking about the picture until the examiner stops you.

You may not have time to talk about everything. This is okay; you don’t need to describe EVERYTHING in the photo.

But, you should try to describe the most important things in the photo: the people and what they are doing.

If you use the advice from this lesson, and use lots of prepositions and adjectives to describe the photo, it should be easy to talk for a minute.

So to conclude: start with a simple description of what is happening in the photo.

Imagine that you are describing the photo to someone who cannot see it, and use prepositions of place to say where things are. Use lots of adjectives and descriptive language.

If you are going to give an opinion, make sure you say why.

And, remember to continue talking until the examiner stops you.

Now that you’ve seen some sample questions and photos, you should have a good idea of how to do well in part three of your Cambridge PET speaking exam. Good luck!

Start
Congratulations - you have finished!
You scored %%SCORE%% out of %%TOTAL%%.
%%RATING%%

Your answers are highlighted below.
Question 3 Explanation:
You should try to continue talking until the examiner stops you.
Question 5 Explanation:
Start with a simple sentence to say what you see in general terms. Don't go into too much detail at the beginning.
Question 8 Explanation:
You don't need to describe everything, and you shouldn't try to!
Once you are finished, click the button below. Any items you have not completed will be marked incorrect. Get Results
There are 8 questions to complete.
Return
Shaded items are complete.
Return
You have completed
questions
question
Your score is
Correct
Wrong
Partial-Credit
You have not finished your quiz. If you leave this page, your progress will be lost.
Correct Answer
You Selected
Not Attempted
Final Score on Quiz
Attempted Questions Correct
Attempted Questions Wrong
Questions Not Attempted
Total Questions on Quiz
Question Details
Results
Date
Score
Hint
Time allowed
minutes
seconds
Time used
Answer Choice(s) Selected
Question Text
All done
Perhaps you need to review the video and the script again...
Perhaps you need to review the video and the script again...
Not bad! Do you understand the questions you got wrong?
Great job! You really understand this topic.
Great job! You really understand this topic.
English Video Lessons, Cambridge Exam Preparation Lessons
Oli RedmanPET (B1 Preliminary) Speaking Exam Part Two – Video07.22.2016 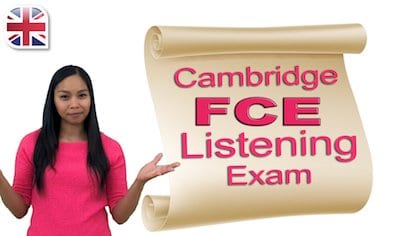 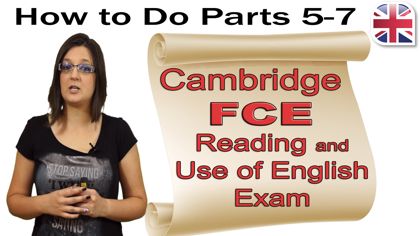 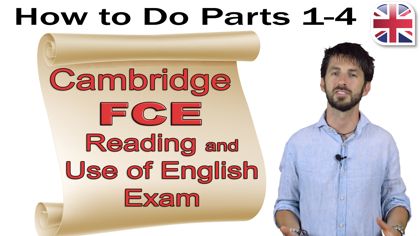 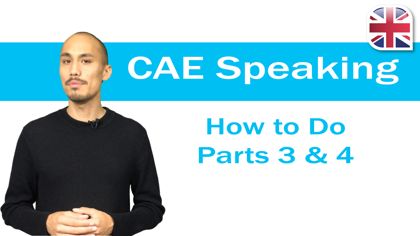 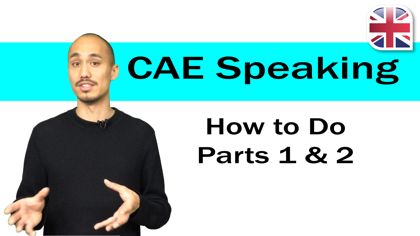 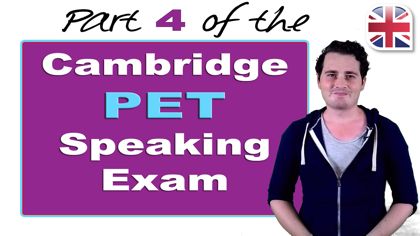 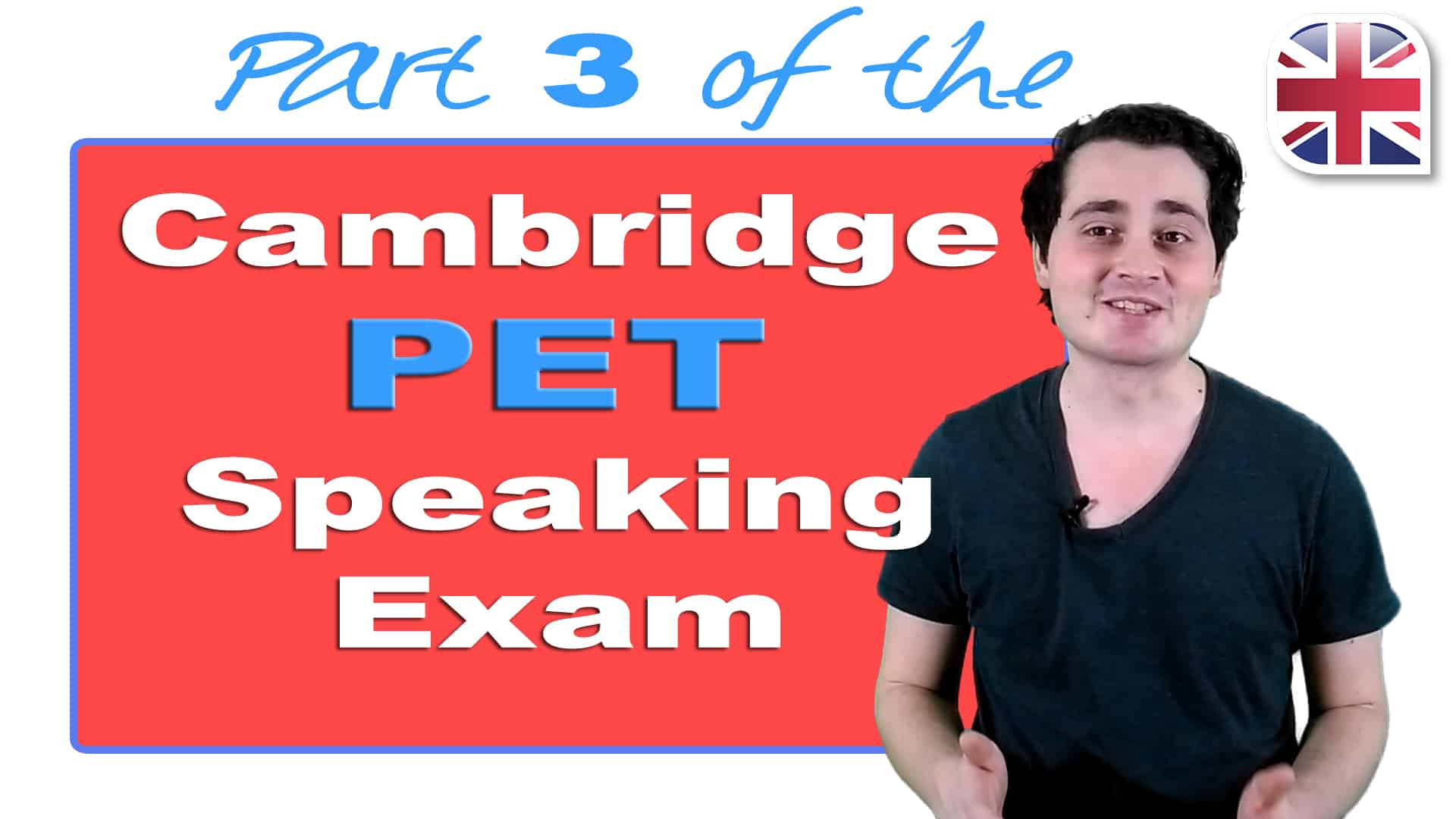 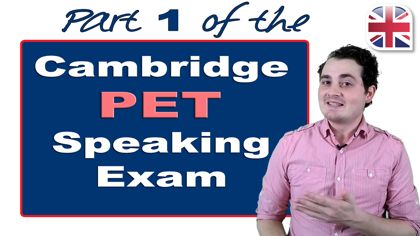 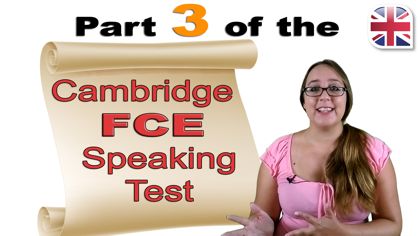 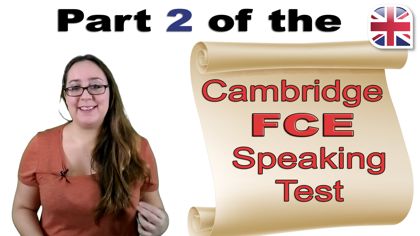 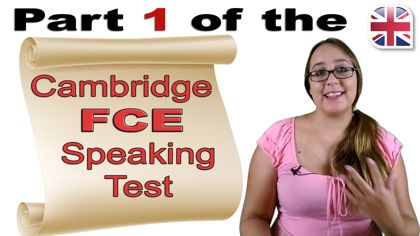