In this lesson, you can learn how to understand fast speech.

Imagine a situation: you’re going to the airport to meet someone who’s arriving. You’ve never met this person before, but you have a photo. The photo does not look anything like the person you’re supposed to meet. What do you think? Will you be able to recognise this person? Obviously not. There’s a similar connection between understanding spoken language and pronunciation. If you don’t know how to pronounce words and sentences correctly, then you won’t recognise them when you hear them. More specifically, if you don’t know about the features of native English pronunciation, then you’ll find it difficult to understand any natural speech. So, what are these ‘features’ of native English pronunciation? What should you work on? Let’s look at an example:

Even in this short sentence, a lot is happening. First, the ‘t’ at the end of ‘that’ is generally not fully pronounced. In British English, it would be reduced to a glottal ‘t’, which means that you start pronouncing a /t/ sound, but you never fully release it. In American English, the /t/ might also be softened to a /d/ sound.

Next, the words are all joined together. ‘House looks’ sounds like ‘how slooks’. In fact, all of the words are linked, so that the whole sentence is pronounced as one sound. ‘From’ is pronounced weakly, so you say /frəm/ and not /frɒm/. The last two words—‘the outside’—are linked by adding a /j/ sound in the middle: ‘the_/j/_outside’.

So, what should you focus on? The most important points are weak forms, linking, stress, and schwa sounds. There are others, but if you have a good understanding of these four pronunciation topics, your listening ability will improve. Check out our pronunciation videos for more details on these points. If you want to go into more depth, we can recommend the Pronunciation in Use series of books. You can find links in the video description.

Working on your pronunciation is the most useful way to improve your ability to understand fast English speech, but what else should you think about?

One: you need a video or audio file which is not too easy and not too difficult. English textbooks often have listening exercises which are carefully designed for a specific level. If you don’t know where to find good listening materials, then use English textbooks as a starting point. We also have many listening lessons on our website: Oxford Online English dot com.

Three: you need an accurate transcript of the audio or video. For example, you could use a YouTube video which has subtitles, or a song where you have the lyrics. Be careful with YouTube subtitles, as many of them are automatically generated, and these are not accurate.

Four: you need a pen and paper. Your goal is to test how well you understand slow speech. So, take your video or audio. Adjust the playback speed until it feels easy to you. Listen to a few sentences to get warmed up. Next, pause the playback at the end of a sentence. Listen to the next sentence, pause the playback, then write the sentence down. Check against the written transcript. If you’re using a song, then work in lines instead of sentences. At this stage, you need to be really strict with yourself. Double check what you’ve written against the transcript. Count your mistakes: every missing word is one mistake, every wrong word is one mistake, and every extra word is one mistake. If you want, try it right now! It’s a good experiment.

How many mistakes did you make? If you made more than one mistake, then adjust the playback speed down, so that the audio is slower. Listen to the next sentence and do the same. Repeat until you find a speed where you can write down the sentence you heard without making more than one mistake. This is an important step, because you need to build a base for your listening skills. That means you need to be able to hear every word, and you need to be able to hold a sentence in your head after you’ve heard it. Again, it’s essential to be strict with yourself and pay attention to small details. Actually, even making one or two mistakes is a problem. Your aim is to write down the sentences without making any mistakes.

If you can’t do this even at slow playback speeds, then you need to find something easier to listen to. Find something which you can understand at 70 per cent or 80 per cent of full speed. Remember that ‘understand’ means that you hear every word. It’s not enough for this to understand the general meaning. You need to hear every single word perfectly. Take your time on this practice, and get it right.

Once you’re comfortable with this, you’re ready for the next step. 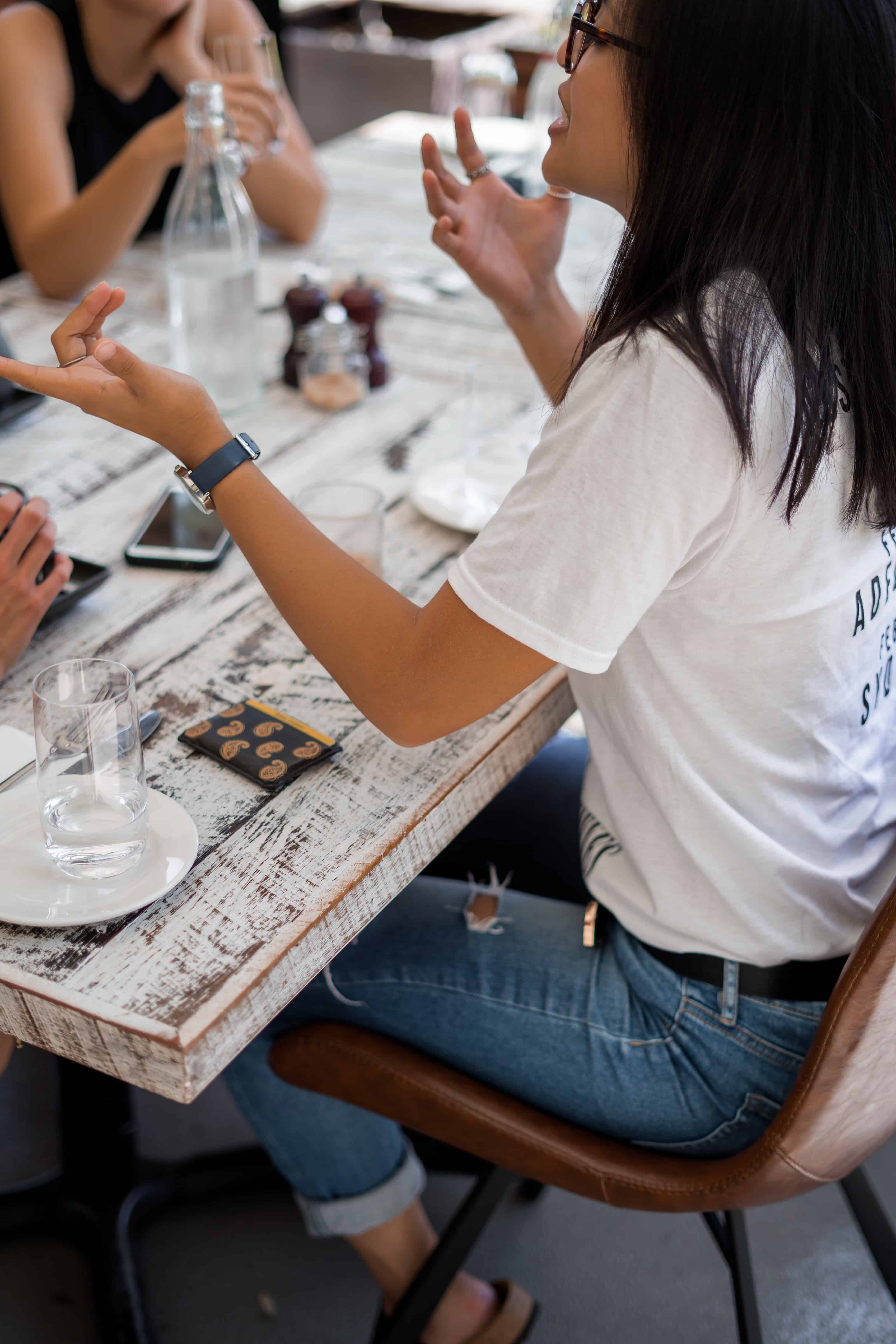 Actually, if you’ve done the exercise from part two, then you’ve already done the most important work. To understand faster speech, you do the same things, but increase the playback speed gradually. Listen to one sentence, write it down, and check it carefully against the written transcript. If you can get three sentences in a row 100 per cent right, then adjust the playback speed up and continue.

On the other hand, if you make more than one mistake in a sentence, then adjust the playback speed down. It’s useful if you can adjust the playback speed in small amounts. VLC media player lets you do this by pressing the square bracket keys on your keyboard. Press the left bracket key to adjust the speed down by 10 per cent; pressing the right bracket increases the speed by 10 per cent. You have the same goal: you need to hear every single word. Try to get to a playback speed of 120% or 130%. If you can hear every word even at these speeds, then find something more challenging to practise with and start again. For this, you need to be patient. If you do this regularly, you *will* make good progress, but your progress will not be a straight line.

There will be days and weeks where you don’t feel like you’re getting anywhere. Don’t give up! With any work like this, it’s better to do it little and often. Start by doing ten to fifteen minutes of practice every day. Do this for a week or so. If you’re feeling motivated, go up to half an hour a day. Don’t try to do too much; doing it regularly is the most important thing.

As with all listening practice, you should try to use a variety of listening sources. Listen to different sources, on different topics, and with different speakers and accents. This is the core of your training. If you do this regularly, your ability to understand fast speech will improve quickly. However, you have to be consistent, and you have to be strict with yourself regarding mistakes. Otherwise, you won’t get such good results.

There’s one more point you should think about to understand fast speech better.

There’s a feeling you get sometimes when you’re listening to a foreign language. It’s that feeling when everything is coming too fast, there are too many words you don’t know, and you’re fighting to keep up. But, at some point things break down, and what you’re hearing turns into soup. You know the feeling? It’s common. It’s what happens when there is too much for your brain to process.

There are no quick fixes; there aren’t any magic solutions, and you’ve already seen the most important points you can use to deal with this. But, there’s one more thing you can do. Vocabulary is a big part of understanding. In particular, when you hear a word you don’t know, it often takes your attention. You start wondering what it was and what it means. While you’re paying attention to that unfamiliar word, you can’t pay attention to what you’re hearing, so you miss more things. This makes it more difficult to tune back in. At some point, you get the ‘soup effect’, and you can’t understand most of what you’re hearing. This isn’t just about vocabulary. It also depends on pronunciation and speed, which we’ve talked about already. It sometimes depends on grammar, too.

So, your listening practice should be supported by language work, especially vocabulary work, but also grammar work if your grammar is weak. If you hear a word which you don’t know or don’t understand, that will always be a problem. You can find many other videos on our channel to help you learn vocabulary, as well as grammar if you need it. 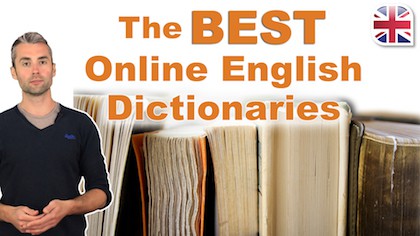