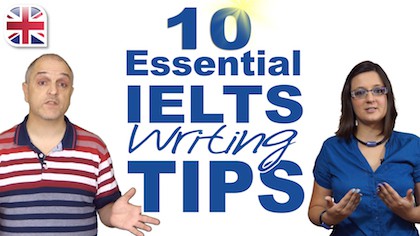 In this lesson, you can get ten essential IELTS writing tips you can use in your exam.

How’s this lesson different? Well, we collected feedback from students who took IELTS, and also interviewed IELTS examiners. Our aim is to give you the most up-to-date IELTS advice, and also give you tips which you might not find elsewhere.

We’ve also included our own top tips, which we’ve developed through teaching hundreds of IELTS candidates.

If your overall IELTS score is between two bands, your score is rounded up. For example, if you score 7-7-7-6 in the four sections, you’ll get band seven overall.

In the writing exam, it probably doesn’t work the same way. Why ‘probably’? Well, there’s no clear information publicly available, and even the examiners we spoke to weren’t sure.

However, according to the best information we have: if you score seven for task achievement, seven for coherence/cohesion, seven for your vocabulary score and six for grammar in your writing exam, that will be rounded *down* to 6.5.

It means that you can’t have any major weaknesses.

If your target score is seven, you probably need to score seven in all four areas.

Do you make multiple small grammar errors when you write? This will likely limit your grammar score to six. If you get one score of six, then getting band seven overall becomes much more difficult.

OK, if you score band eight in one area, then you can score band six somewhere else and still get seven. However, it’s rare that we see students with some scores much higher than others. Generally, the four scores – TA, C&C, vocabulary and grammar – are close together.

In the past, IELTS examiners would count how many words you had written, and apply a penalty to your TA score if you hadn’t written enough.

They no longer do this. No one will count your words. So, you shouldn’t do this in the exam, either.

Why did they change? The idea is that you can’t write a full answer while writing less than the word count, and this will be reflected in your TA score anyway; there’s no need for an extra word count penalty.

So, focus on writing full, well-developed answers which answer every part of the task. Don’t worry about word count.

This applies to the exam. When practising, you should count your words. However, don’t focus on the word count as a number. If you find it difficult to meet the word count, this strongly suggests that you aren’t answering the task fully. Ask yourself: what could you add? What ideas could you explain in more depth? 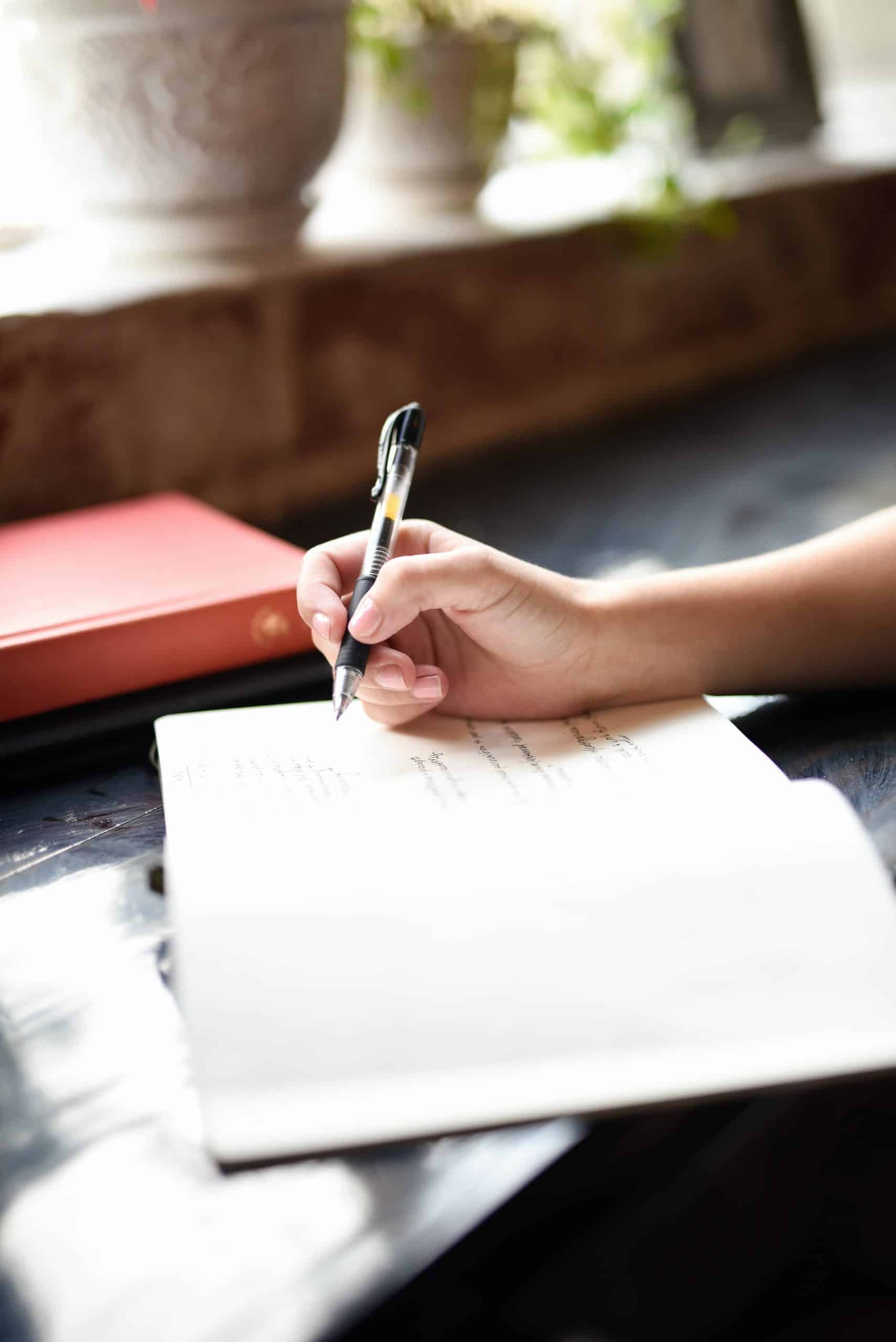 How long do you think the examiner will spend reading your writing?

It depends, but the basic answer is: “not long.” Examiners we spoke to said they spent around five minutes per task on average; one mentioned that he has heard of examiners spending only three minutes per task.

If I’m marking some IELTS writing, I need ten to fifteen minutes to do a thorough job. If the examiner is spending only five minutes – or less – then they’re not reading everything carefully.

It means you should follow obvious strategies. Don’t experiment; give the examiner what they’re expecting to see.

For example, in general task one, write a separate paragraph for each bullet point in the task.

In academic task one, put your overview in a separate paragraph near the start of your answer.

In task two, start each body paragraph with a clear topic sentence.

You don’t have to do these things to get high scores, but most people follow these methods. If you take a different approach, examiners might not take the time to read your work carefully and understand what you’re doing. Keep it simple!

It’s hopefully obvious that if you can’t write a high-scoring IELTS answer in two hours, then you can’t do it in one hour, either.

Often, IELTS students try to write with a time limit, like in the exam.

Of course, the time limit is important. But, if your writing has problems, then you should fix the problems first, and worry about the time limit later.

For example, many IELTS students we meet have big problems with TA in task two. Often, the problems relate to planning and organising ideas. When we start practising, it’s common for students to need thirty minutes – or sometimes longer – just to plan one task two answer.

If this is your situation, then don’t worry about time limits at first. Focus on writing an answer at your target band score. If it takes three hours, then OK.

Once you can consistently hit your target band score, then start training for speed. Next we’ll look at more IELTS writing tips for task two. 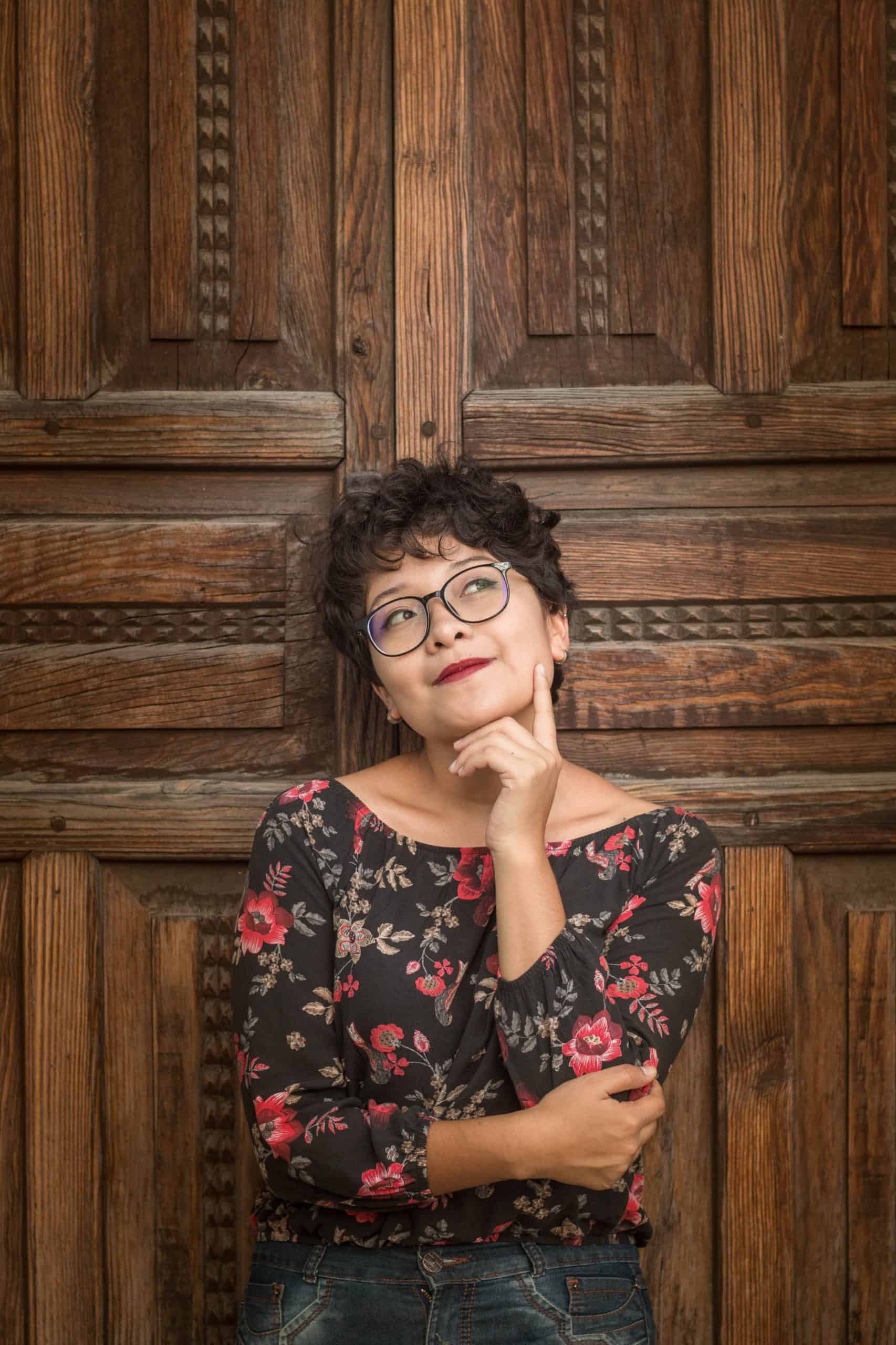 Here’s a common question which IELTS students ask: how do I get ideas for my essay in IELTS task two writing?

I don’t know. You need to solve that problem.

If you’re in the exam, and you read the task two question, and you think “I don’t have anything to say about this”, then you’re in a bad position. There’s not much that can help you at that moment. You need to prepare for this before the exam.

So, what should you do?

First, read as many task two questions as you can, and think about them.

Second, if you don’t have a strong opinion, then try to find some news articles on the same topic. Read articles with different opinions, and think about what you do or don’t agree with, and why.

If you have someone to practise speaking with, then debating is also helpful. Take a topic; you and your partner choose one side each. Then, you have a debate, you try to support your side and argue against your partner’s points.

For example, look at this question.

Sound like a lot of work? It is! But, to score seven or higher in task two, you need detailed, well-supported ideas in your essay. There’s no short cut.

A question: what score will you get if your essay is not 100% on topic?

IELTS examiners have a term: ‘on-topic, off-task’. They use this for essays which are in the right general area, but which don’t answer the question directly.

Such essays are limited to band four for TA, and five for C&C, maximum. This problem applies to many of the IELTS essays we see from our students.

You must train yourself to read the question carefully. Think about every single word.

For example, look at the task two you saw just now.

Before you can even think about this question, you need to think about some of the ideas.

For example, what do ‘serious’ and ‘important’ mean here?

What does it mean for one environmental problem to be more serious than another?

What are ‘other environmental issues’?

These are not simple questions.

We often see IELTS students who start writing without thinking about these things. Then, they write an on-topic, off-task essay.

It’s easy to do. You might be watching this thinking: “That wouldn’t happen to me!” It might. It’s one of the biggest and most common problems we see.

7. Pay attention to plural words in the instructions

Look at a task two question.

Now, look at a different version.

Can you see the difference?

In the task two instructions, it matters whether a word is singular or plural.

For example, if the task asks you to describe ‘the main problem’, then you need to focus on one, and only one, problem.

If the task asks you to describe ‘problems’, then you should include at least two.

The same is true with other words you’ll see in many IELTS questions, like ‘benefits’, ‘advantages’, ‘disadvantages’, and so on. Pay attention to whether the word is singular or plural.

It’s quite difficult to write a full, well-developed essay answer in only 250 words. Remember also that there’s no upper limit.

Of course, you need to be careful that your essay is well-organised, with logical paragraphing and a clear progression from the beginning to the end.

So, if you’re aiming for higher scores – 7.5 or above – you should probably be aiming to write a longer response in task 2. Writing more allows you to develop your ideas in more depth and use a wider range of vocabulary, both of which are necessary for the highest bands.

Sometimes, you’ll hear IELTS writing tips like ‘your ideas don’t matter, so long as they’re relevant’, or ‘it doesn’t matter if what you write is true or not’. We might even have said similar things in the past!

If you’re aiming for higher scores – seven and higher – then you can’t think like this.

Your ideas matter. Not all relevant ideas are equal. Ideas which are more focused, more detailed, and better-supported are better for your TA score.

If you’re aiming for band seven plus, you should approach your task two essay in this way: imagine you’re writing for someone who has the opposite opinion to you, and you really want to convince them to change their mind.

10.Describe the chart for someone who can’t see it 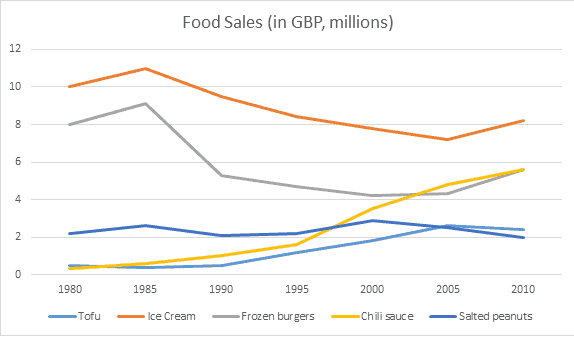 We sometimes see questions about IELTS writing academic task one like: “How do I deal with a bar chart question?” “What do I do with a map question?” And so on.

Actually, you can approach all academic task one questions the same way.

Imagine you’re writing for someone who can’t see the chart, or the map, or whatever.

Now, imagine that this person is going to read what you’ve written, and try to draw the chart.

Can this imaginary person do it? Can they recreate the chart, using only what you’ve written?

If they can, then you’ve written a high-scoring answer, at least for TA and probably C&C.

So, don’t overthink it. Write your answer with this idea in your head. Your task one writing will improve immediately. We’ve seen this work with many students!

Wait, what? Only one task one tip?

IELTS students don’t generally have so many problems with task one, either academic or general. And, the problems they do have are relatively easy to fix. So yes, we only have one major task one tip.

But OK, here are two quick bonus tips for task one.

For task one general, the most common problem we see is tone – meaning how formal or informal your language is.

People either write in an inappropriate tone – in most cases, this means using language which is too formal for the task – or, they mix formal and informal language in their answer. For high task one scores, your tone needs to be both appropriate and consistent.

For task one academic, learn some phrases to describe statistics and figures. Many academic task ones are quite similar: you need to describe trends and data. This requires a limited range of language, which you can – and should – prepare for.

For example, do you know any words which have the same meaning as ‘increase’? What’s the difference between ‘rise’ and ‘raise’? Finding the answers to these questions will help you to write a better task one answer in the academic writing exam.

That’s all. Thanks for watching this lesson from Oxford Online English! 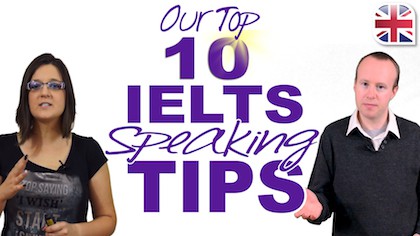 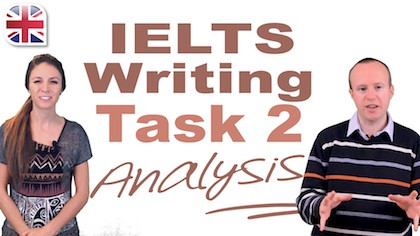 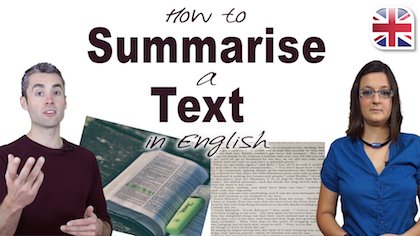 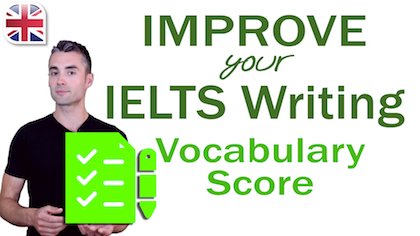 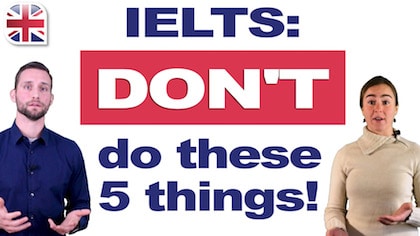 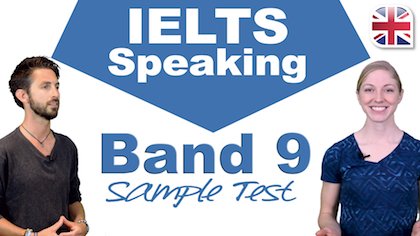 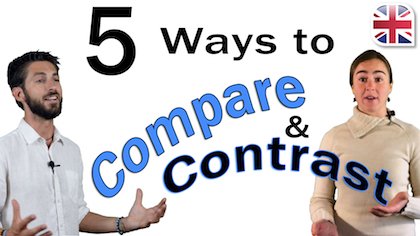 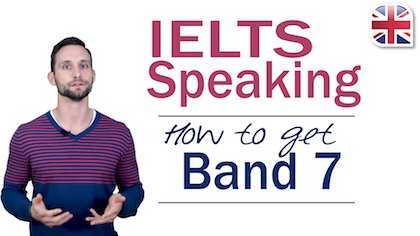 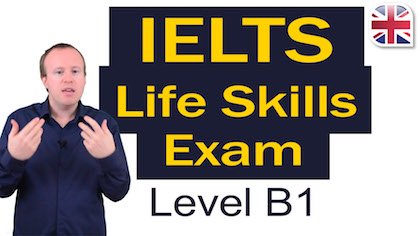 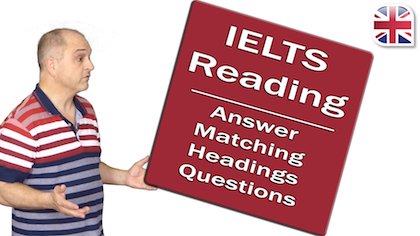 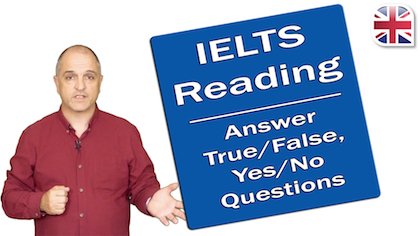 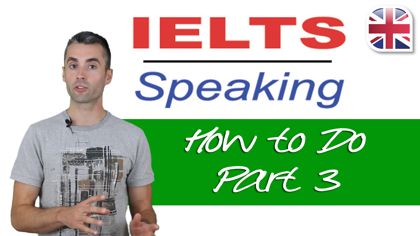 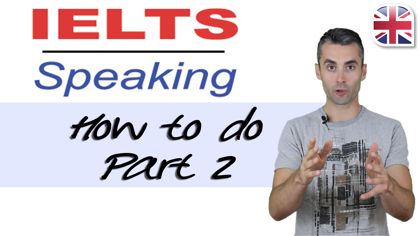 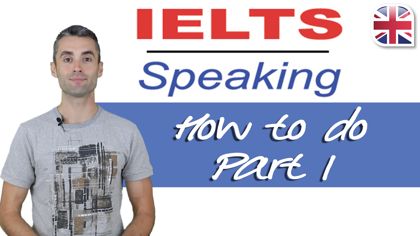